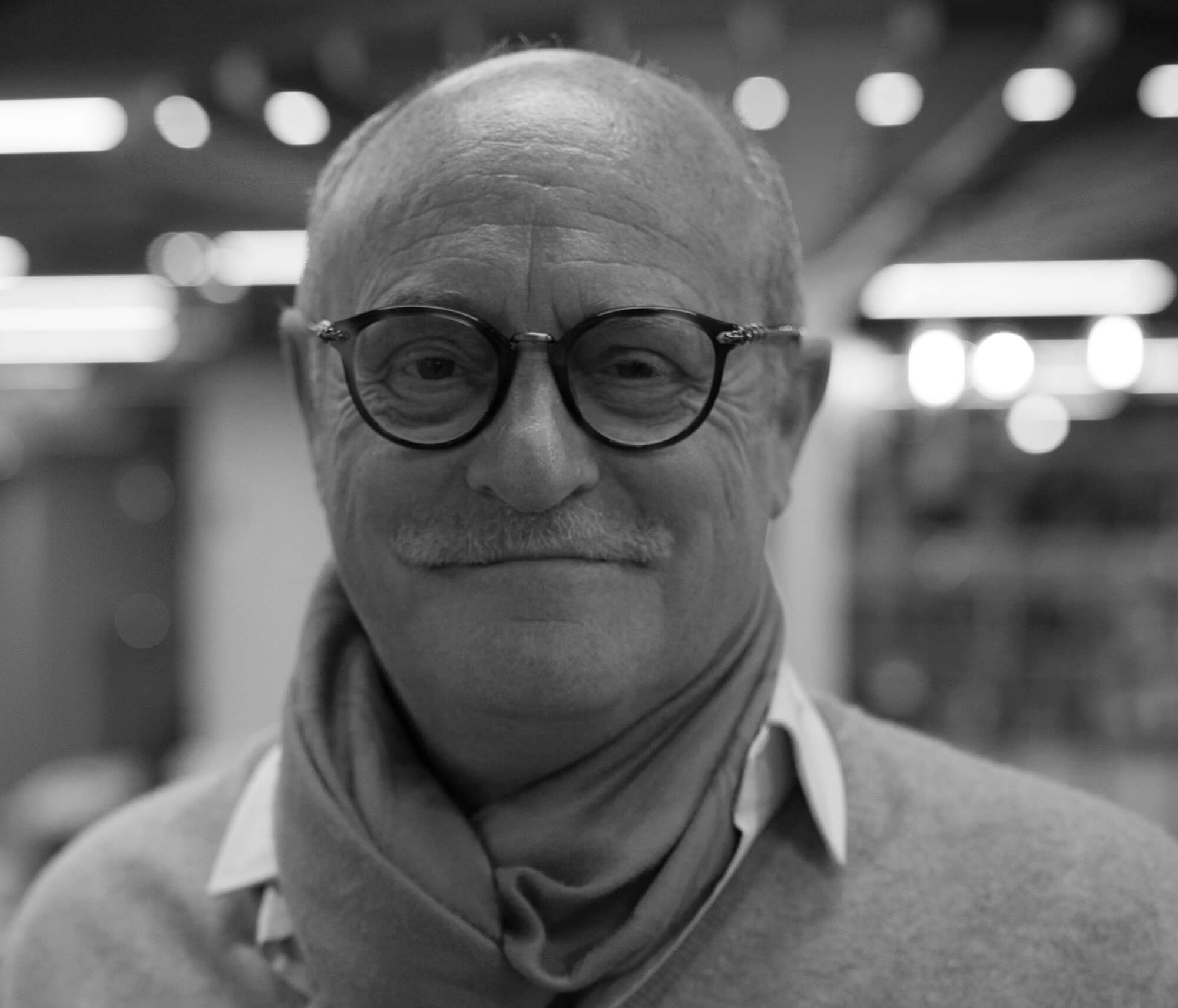 David read law at Kings College London and was called to the Bar (Barrister) as a Blackstone Exhibitor before joining the merchant bank Guinness, Mahon & Co.

He was one of the original shareholders of Satellite Television plc ('SATV'), renamed SKY following the (1983) sale to Rupert Murdoch's News Corporation. David continued running SKY and was responsible for establishing SKY's production company and for the first VPL and Pan-European PRS agreements, as well as the conception of Eurosport and the first ever World Music Video Awards. In late 1986 he left SKY to found Parallel Media Group ('PMG') in 1987.

In 1998 PMG formed a joint venture with NBC establishing CNBC Sports International Limited, broadcast in Europe and Asia. In 2004 PMG sold its shareholding to NBC.

David is a respected and major force in the global sports marketing industry having strong personal relationships with sporting federations, proven marketing skills and wide-ranging contacts.

David revolutionised the sports marketing and sponsorship strategies of some of the world's leading sporting Federations and global brands. David took golf's European Tour to South Africa and Asia (including the first at Mission Hills), re-launched the World Cup of Golf (with Five Tours), he has worked with World Nordic Ski Championship, Davis Cup, the first Jordan Formula One team, Ladies European Golf Tour, English and Italian Rugby Unions, and created the Tour of China cycling race. Additionally, David has advised Pepsi UK music, Heineken and Whitbread Round the World Yacht Race, he also acted as Omega's sponsorship agency, launched the Ballantine's Championship in Korea for Pernod Ricard and negotiated UBS's title sponsorship of the Hong Kong Open. David created the pan-European Buckler Basketball Challenge and a sports tourism strategy for South Africa at the end of apartheid, and many others.

In 2016, David invested in Brick Live Group becoming its Chairman and majority shareholder. BRICKLIVE, is an interactive event that is staged in over 20 cities worldwide. In 2017, David reversed Brick Live Group and its sister company Parallel Live Group into Live Company Group plc (LVCG), which is admitted to trading on the AIM market of the London Stock Exchange.

As a passionate art collector, David founded the Eye Programme in 2009 with an aim to develop arts infrastructure to support and help artists develop their careers in territories where this is lacking. Projects include Korean Eye (2009 and 2012), Indonesian Eye (2011), Hong Kong Eye (2013), Malaysian Eye (2014), Singapore Eye (2015), Thailand Eye (2016), Vietnam Eye (2017) and Korean Eye (2020) marking the programme's 10th anniversary. In 2014 the Eye Programme launched annual Eye Awards, honouring emerging artists. START Art Fair at Saatchi Gallery launched (2014) to huge acclaim showcasing emerging artists and galleries from around the world. START Doha in collaboration with The New York Times for the Art for Tomorrow conference took place in 2017. In 2018 David invested in the development of an art-centric digital platform; START.art. Despite COVID-19 the seventh edition of START Art Fair took place as planned in-person October 2020 at Saatchi Gallery. June 2021 will see START.art soft-launch and the eighth edition of the physical fair will take place at Saatchi Gallery October 2021. 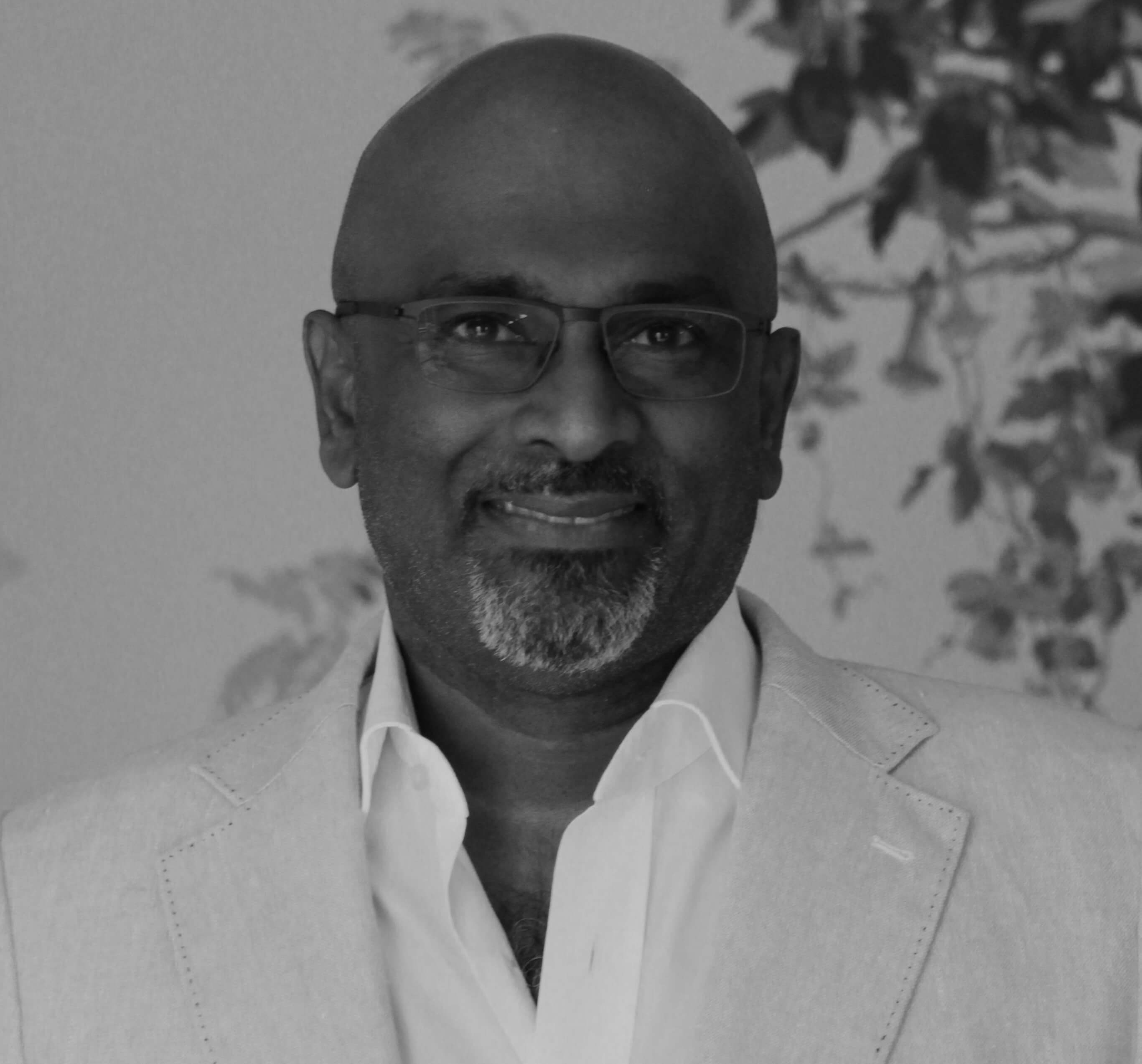 Ranjit joined the Board of Parallel Media in 2010. He has a degree in law and history from SOAS, University of London, the only higher education institution in Europe dedicated to the study of Asia, Africa and the Middle East and a masters degree in law from Corpus Christi College, Oxford.

Ranjit has over 20 years' experience in strategic advisory, corporate finance and investment banking and capital markets in Europe, Asia, the Middle East and the USA.

He is the founder and Managing Director of Urban Strategic established in London in 2003 and currently headquartered in Singapore.

Previously Ranjit served as a Managing Director of the investment banking division of ABN Amro, having previously worked in London for both Nomura Securities and UBS. More recently he was a senior advisor to GMR Group, one of India's largest multinational infrastructure businesses and chief executive officer of the international division with assets under management of over US$5 billion. 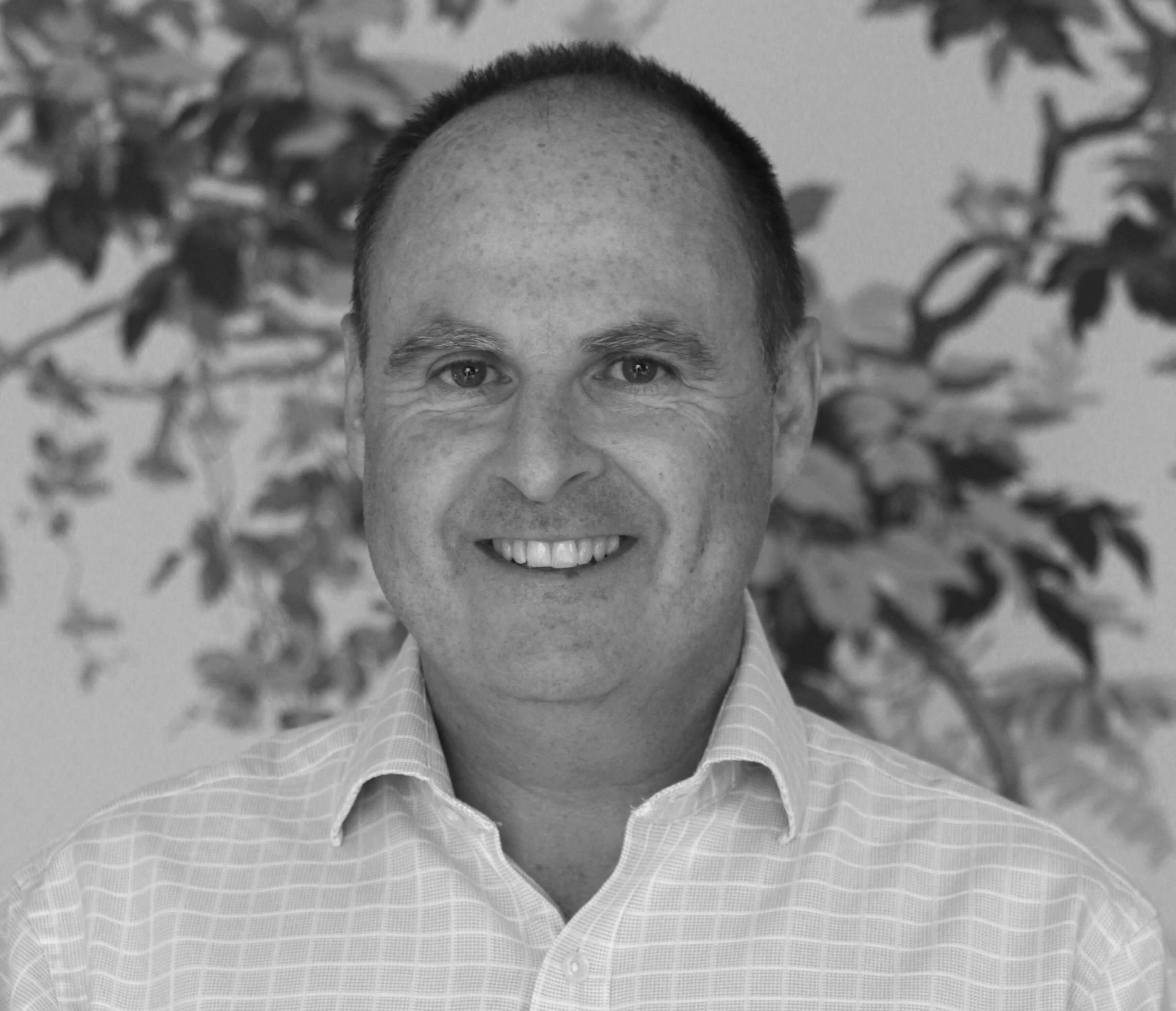 Bryan began his career in the London office of PKF, heading up the Business Support service team, followed with a period of providing CFO services on a portfolio basis and then founding CFO partners in 2015. Bryan is also an experienced interim CFO.

Bryan Lawrie is an experienced interim CFO, working with CEO's and other Board directors advising on both business and financial strategic matters. He converts strategy into an action plan and works with all areas of the business to make it happen. A particular strength is automating finance functions and strengthening internal controls. 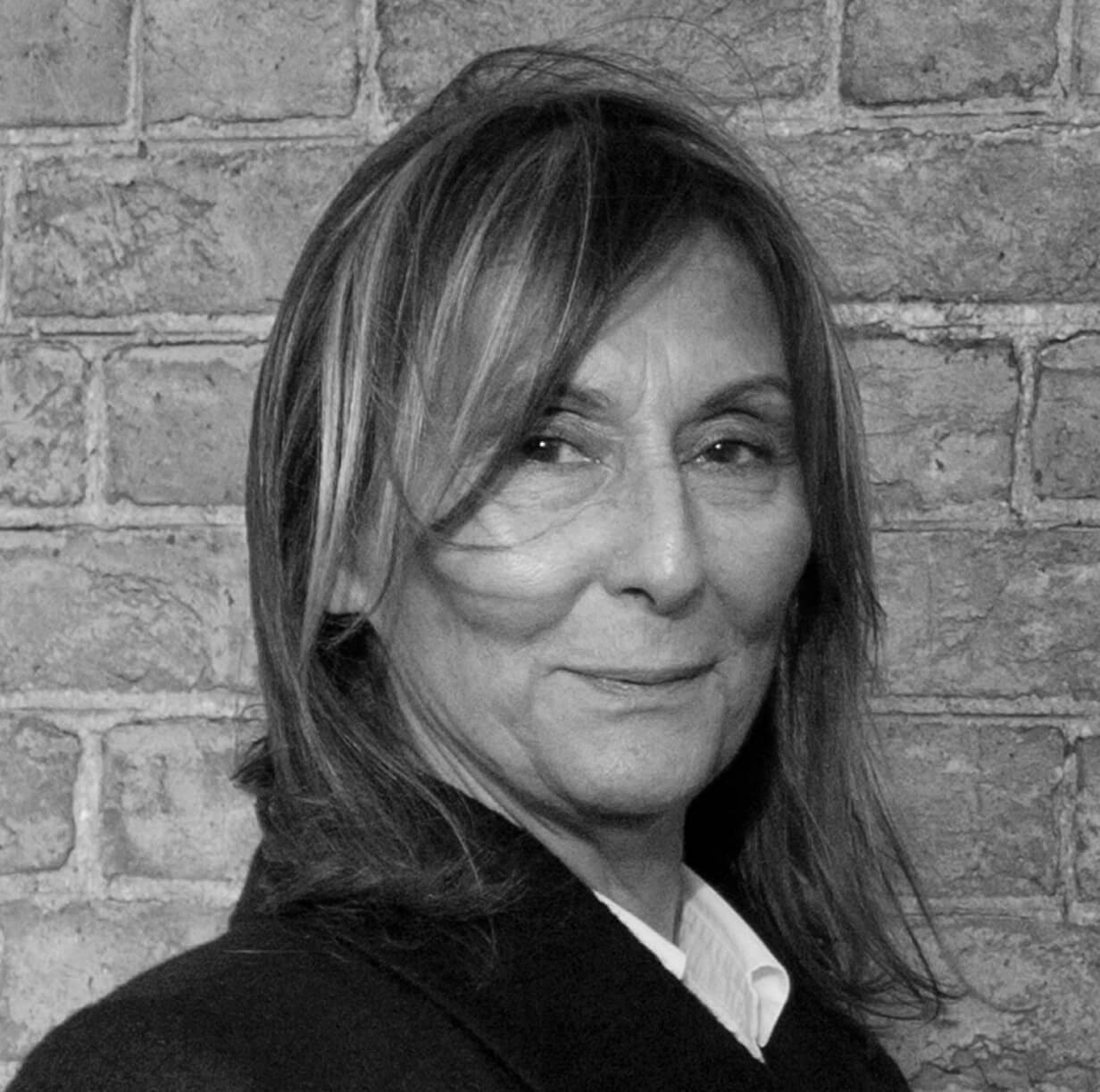 Serenella has an Honours Degree in Art History from Trinity College, Dublin and since 2003 has been an Honorary Fellow at the Royal College of Art, London. She has worked extensively with art galleries and artists around the world.

In 2008 Parallel Contemporary Art (PCA) was founded and teamed up with the Saatchi Gallery to launch the Global Eye Programme. As a passionate art collector, together with her partner David, their idea was to provide a platform to contextualise the work of international non-European artists by publishing books that would document the particular scenes. It was a natural step from that to then stage exhibitions that focused on some of the artists in the books. The programme additionally aims to develop arts infrastructure in territories where this is lacking, in order to provide artists with the platforms, support and recognition they need to develop their careers.

In 2014 the Eye Programme expanded to launch the Eye Awards, recognising and honouring the accomplishments of emerging artists. Added to this, PCA launched START Art Fair at Saatchi Gallery 2014, to celebrate and present not only the artists but also emerging art galleries from around the world. In 2018 Serenella was a Discussion Leader at The New York Times, Art for Tomorrow conference, Exploring Emerging Art and New Global Art Scenes in Berlin, Germany.

The eighth edition of START Art Fair will take place at Saatchi Gallery in October 2021.

For more than 25 years David and Serenella have awarded the Parallel Prize and the Serenella Ciclitira Sculpture Prize to graduates of the Royal College of Art, London, additionally since 2014 The Ciclitira Prize has been presented annually to one graduate of The Prince's Foundation School of Traditional Arts, London. Stephen has been working at board level and in senior executive levels for the past 16 years. He has over 35 years of experience in business and technical roles since graduating from Strathclyde University in 1985. He has cofounded several niche companies during that time including Granite Rock, a sports and competition based business; A niche technical consultancy; A knowledge management and software business and was instrumental in growing and improving a number of developing business's.

He focusses on areas of business performance improvement, assurance, and corporate development, working with teams to achieve successful outcomes. 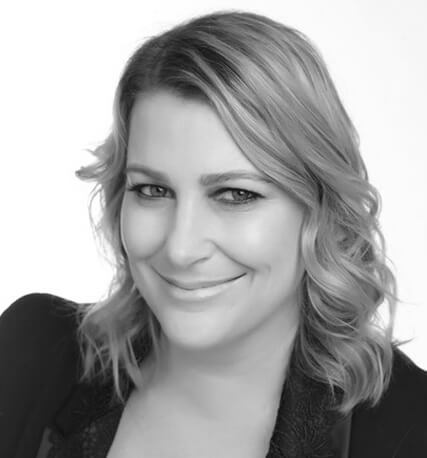 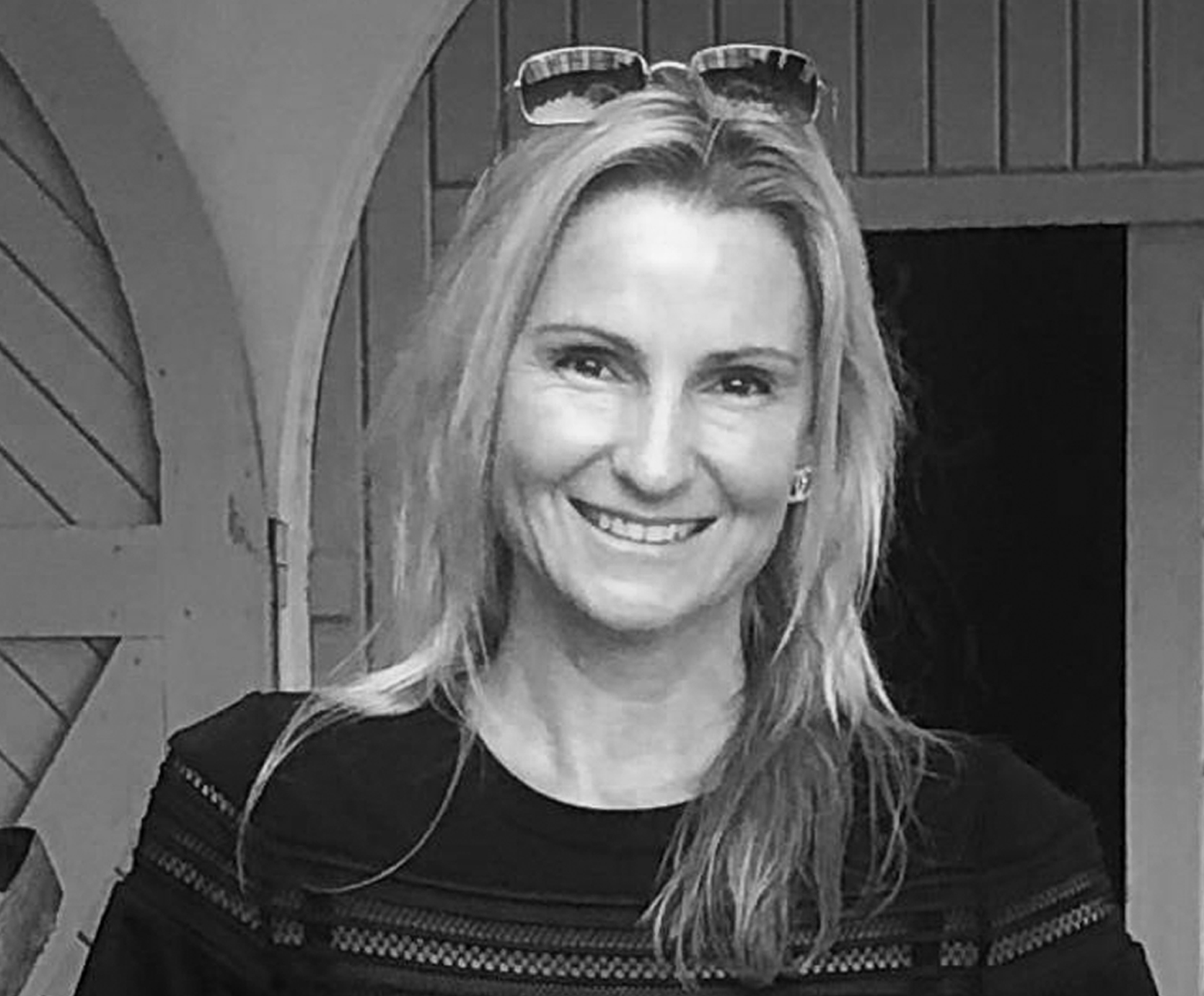 Nicola was born in South Africa but raised in Canada, England and The United States of America. She completed her university studies at Loyola University in New Orleans whilst playing collegiate level sports.

Nicola worked for Fox Sports during her final year of university but upon graduation took up a position as a precious metals trader for Blanchard and Company. In 2000 she helped start iSeatz.com – one of the first online restaurant reservation platforms. Serving as Business Development Director she was awarded top 40 under 40 by City Business at the age of 24.

A member of YPO for many years she participated in various programs to help incubate start ups.

In 2001 she joined GAC-Dentsply and oversaw their marketing departments in Germany, France, Norway and Switzerland. By 2002 she had relocated to France. Nicola remained in this position until 2007 when she moved back to South Africa.

Once in South Africa, and now a mother of three, she started several small businesses in the hospitality and beauty industries. However, by 2009 she was back working for another start-up. This time it was NeydhartingMoor - Botanika Research laboratories where she held the position of Creative Director. In 2011 she and her team won Best Emerging Brand in the beauty industry worldwide.

Alongside working and parenting, Nicola is an avid triathlete.  She competes around the world in ironman events. Her passions also include charity work. She and a friend started a non-profit jewellery company that empowers disadvantaged women in South Africa. She also raises funds for CHOC – childhood cancer. 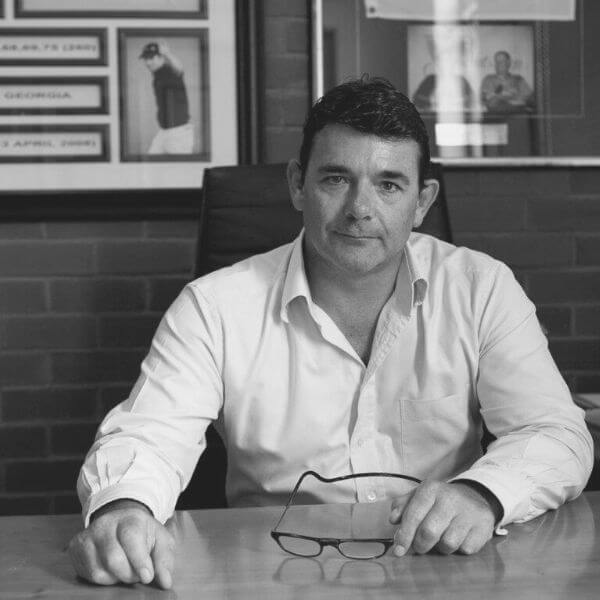 Founder and CEO of WorldSport (now LCSE), committed to creating lasting relationships between brands, key stakeholders and cities by applying 30 years' experience in sports tourism development, strategy development, commercialisation and sponsorships. Bruce has worked closely with the City of Cape Town to deliver some of the Cities major events including the 2010 FIFA Fan Fest Cape Town, 7 editions of the Volvo Ocean Race Cape Town Stopover and 3 editions of the ITU World Triathlon Series Cape Town. 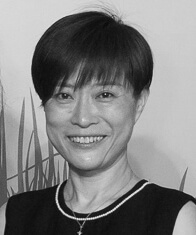 With over 25 years of experience in bridging the business gap between the Western and Eastern world, Sarah Chong has a track record of successfully bringing cultures together by using her business mind and marketing creativity.

After studying business in the United States, she joined Beijing GLAC Ltd., and made a major impact on the Chinese agricultural industry by establishing the Beijing Hi-Tech Exhibition Agricultural Trade Show and attracting international manufacturers to exhibit in the country.

In 2012 she acquired Fortune Access Ltd., and from a base in Hong Kong she expanded its portfolio from property to industrial and commercial manufacturing and design.

Two years later she set up SkyTechSport in China, bringing German 3D technology to the Ski education sector. Sarah is supporting the Chinese government in its preparations for the 2022 Winter Olympic Games.